on October 12, 2011
So many people I know have been to Turkey this year I thought I'd have a look round for some pictures. Much to my surprise I found some by Warwick Goble who, regular blog readers will know, I love. And, despite the name, he's no relation (as far as we know anyway!) 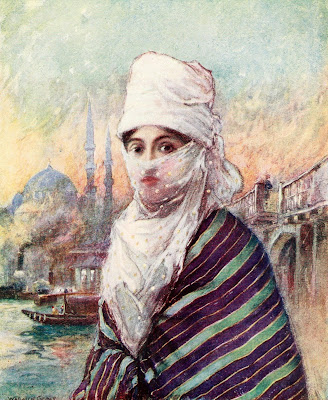 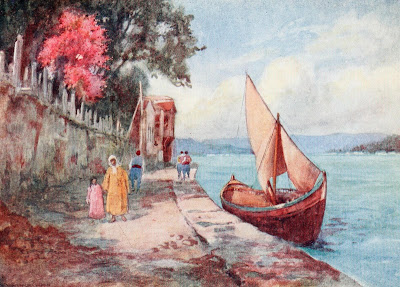 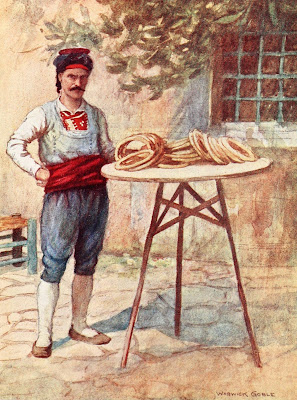 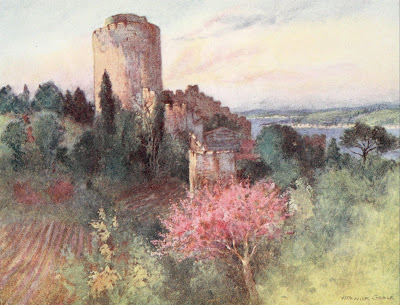 I've been to Turkey many years ago, probably around 1988 - when you could buy a meal for 2 (with wine) for around £2.00! Our posh night out in the best restaurant we could find came to around £6.00! I don't think it's as cheap now, unfortunately.

This wasn't the cheapest place I've been, however. I went to Romania in 1990 and we were amazed to find that beer was just 16p a pint. Still laughing about the cost, when the guys had finished theirs, one of the locals told them to take their glasses back to the bar - and they were refunded 8p per glass! 8p a pint! Ice-cream and corn on the cob on the beach were just 2p!

I'm sure it will have gone up considerably since then but it's still a great story to tell.

By the way, these pictures are from a book called Peeps at Many Lands - Turkey from 1911.