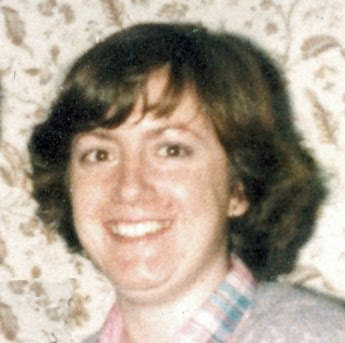 No work today - we went to the City of London Crematorium today to inter the ashes of Andy's sister Rebecca, who died in May at just 49.

Rebecca was diagnosed with breast cancer a few years ago, it was successfully treated but unfortunately it returned last year.

She never married and still lived with their dad, which was a comfort to him I'm sure after his wife, their mum, died in 1997.

She never had children of her own but doted on ours and often had them to stay, always getting in the food they liked, magazines and little toys to amuse them.

Despite the certain knowledge that the cancer would take her this time, her death was still a shock. Although we live very close, we hadn't seen her in a couple of weeks as she said she didn't feel well and wasn't up to it - the doctor didn't think it was anything to do with the cancer but that it was a sinus problem.

Andy's brother (who lives in China) was over and went to see her. He wasn't with her long before he decided that she needed to go to hospital as she said she hadn't eaten for 3 days. After an MRI scan they said that the cancer had gone to her brain and they gave her up to a year to live.

The following week she died.

It's been particularly hard on their dad - your children aren't supposed to die before you, especially when you're 82 and not in the best of health yourself.

Rest in peace, Rebecca, life's not the same without you.