Well it's true - the scales must have lied 2 days ago. On the plus side it's a pound less than yesterday but 3lbs more than I thought. I don't think I'd have admitted it on Monday if I'd realised I weighed that much. Writing it here has kinda kept me on the straight and narrow so I'll keep with it.

Still running round the warehouse at MAC doing orders today so more calories burned there.

We've got a new set on Printable Heaven tonight. I didn't do this one, Andy did. Must say I was a little sceptical when he said he'd do a set but I'm actually a little envious 'cos it's good!

He's even made cards to go with it tonight. 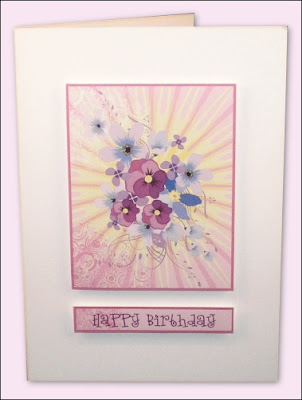 Didn't think he was that creative but you've got to admit it looks good.

I'd like to think I could retire now but I'd only be bored. Loads more creativity left in me yet! My next one is Christmas Carols and it looks like I'll have to up the bar now!