on October 21, 2010
It's Thursday again and absolutely freezing outside. Weight? Dum di dum .....di dum di dum! Well I did have 5 nights out on the trot and was invited out on the 6th night too but graciously declined. Too much to mention but I did say I'd go with my friend to Slimming World next week - we'll see!

Occasionally I come across book illustrators that blow my socks off and Jennie Harbour was one of these.

It doesn't seem like much is known about her so I have no dates for her except for knowing that she was perhaps active in the 1920s/30s and produced fabulous illustrations. These are from 'My Favourite Book of Fairy Tales' by Edric Vredenberg:- 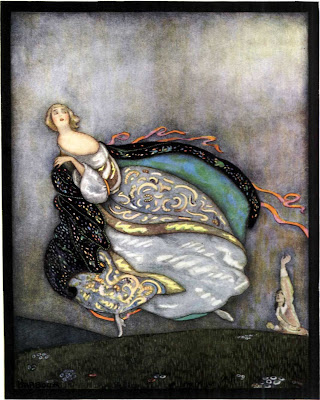 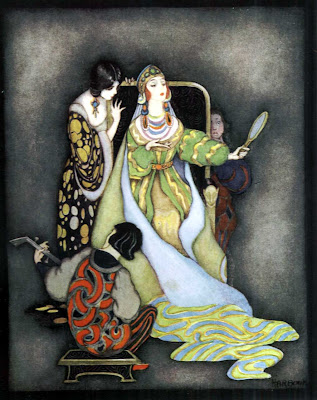 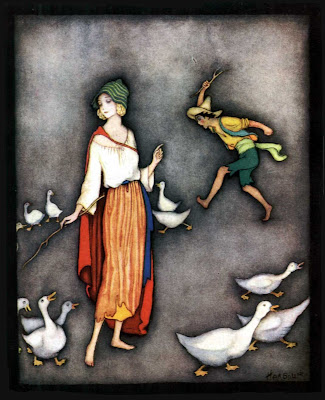 Jennie illustrated books and some of her pictures were also produced as postcards such as this one:- 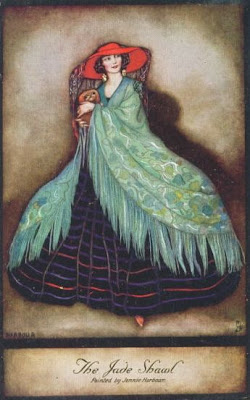 Fabulous illustrations aren't they. Just wish I could find out a little more about her....