on March 21, 2011
I've been entwined in yummy cakes, recipes and ingredients lately - sounds heavenly until I tell you that it's unfortunately not the real thing but our next Printable Heaven downloadable set.

The last few weeks have been for me a bit like when a band seems to disappear for a while and you find they've been recording their new album. Having the sale on at Printable Heaven has allowed me time to design, re-design, mash up and change our forthcoming set until my original ideas are a thing of the past! You'll never know the stages this set has been through but hopefully you will like where it's got to.

Where is it you say? Ah, a few days longer yet and then you'll be able to see the fruits of my labour.

In the meantime I thought I'd show you some public domain pictures that I came across yesterday by an American artist called Bessie Collins Pease. 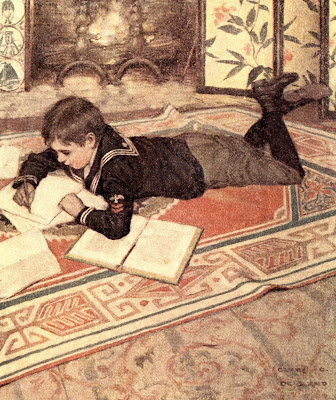 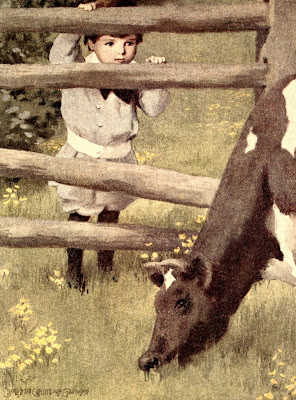 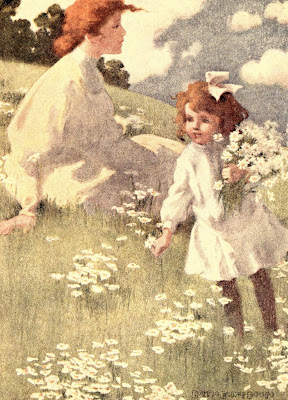 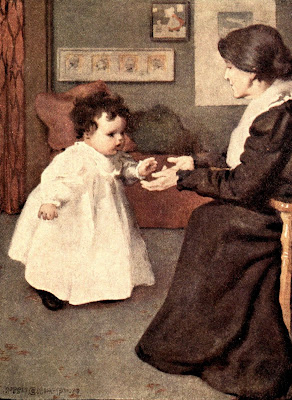 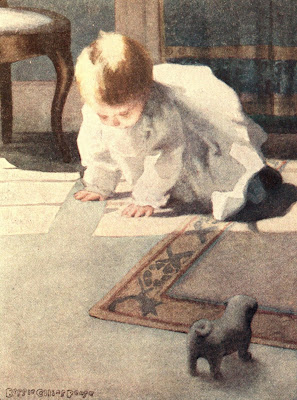 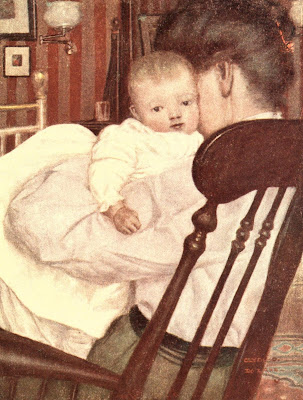 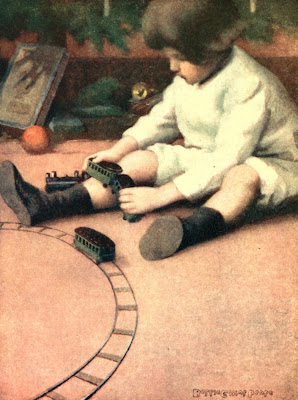 These pictures are from a book entitled 'Chronicles of a Little Tot' from 1905. I love the one with the cow especially, don't know why. Bessie had been a popular and sought after artist through to the 1920s but during WW2 interest in her work declined and she finally retired from painting in 1947 when her eyesight began to fail.

Recently there has been renewed interest in hers and other artwork from the period and her work is now highly collectable. I wish I'd got interested in these old books before the price went up!