on May 26, 2011
We've just launched two new sets on www.printableheaven.com that we've called Indian Summer gift sets as the pictures are evocative of balmy sunny days, but the pictures are originally from a book called Canadian Wonder Tales.

Canadian Wonder Tales is a lovely book of short stories from Canadian folklore which has been gloriously illustrated by George Sheringham (1884 - 1937). George was a British painter and theatre designer who was taught at the Slade and Sorbonne in Paris.

I loved the pictures in this book so much when I found them that two of them have been in frames on my bedroom wall since last summer (they're also featured in a previous blog post).

There are a few more pictures in the book that I didn't use in the set, ones that feature Indians - thought I'd show them here. 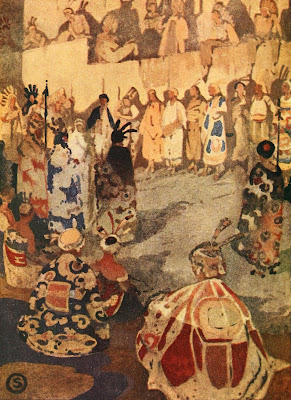 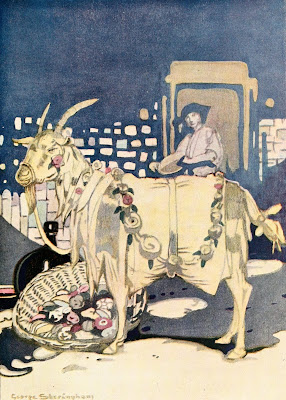 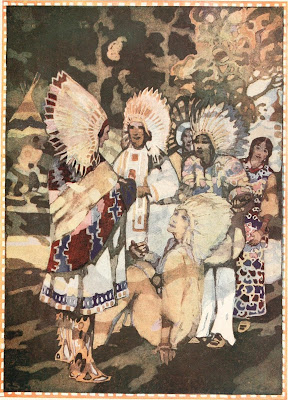 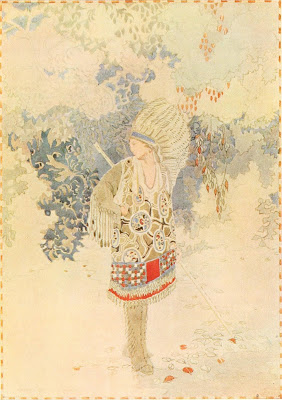 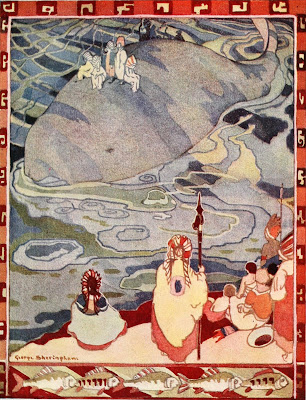 Have fun with the new sets - I've been wanting to do these for a while so I'm pleased they're done now. And for my next offering - who knows, we're taking a week off next week without (much) work so hopefully I'll be back with batteries recharged and raring to go. Watch this space.......