on September 05, 2011
I came across a book on www.archive.org simply entitled 'A Horse Book'. The pictures are pretty average really, as you will see below, however there is an interesting twist when you find out about the artist. 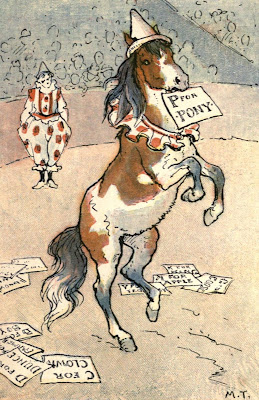 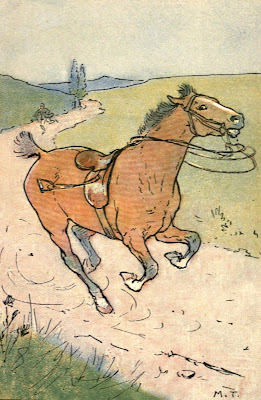 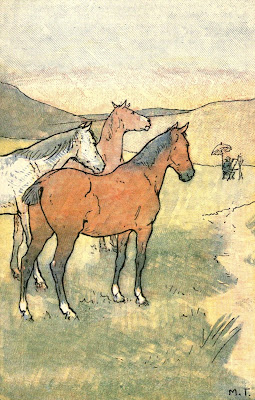 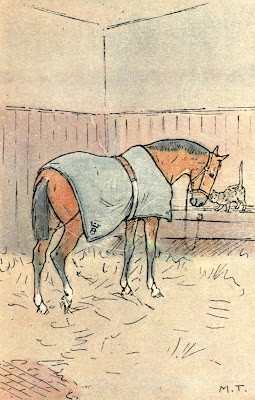 This book was published in 1902 when Mary Tourtel, the artist, would have been around 27. A little less than 20 years later, Mary drew a little bear that appeared in the Daily Express, a nameless character in a strip called Little Lost Bear on 8 November 1920.

Published as two cartoons a day and a short story underneath, the strip featured a brown bear until the Express cut inking expenses and made the little bear's colour white.

The Express had brought out the strip to compete with the popular Teddy Tail that appeared in the Daily Mail.

The little bear then had its name changed - and Rupert the Bear was born.