on December 27, 2011
Here's hoping you've all had a great Christmas and are enjoying your extra day off today.

One of my favourite things to do when I have a little extra time is to look for interesting pictures online, the brilliant Archive.org being a major source of fab book and magazine illustrations and adverts.

I was looking at magazines this afternoon and came across one entitled Coraddi which was an American magazine published by the students of the Women's College of the University of North Carolina back in the 1930s, 40s and 50s.

Whether it's a sign of one of the main interests of college students at that time or that perhaps the magazine was sponsored by a tobacco company, interestingly the only adverts that appear in this magazine are for cigarettes.

As it's the festive season I thought I'd show a couple of the Christmassy adverts:- 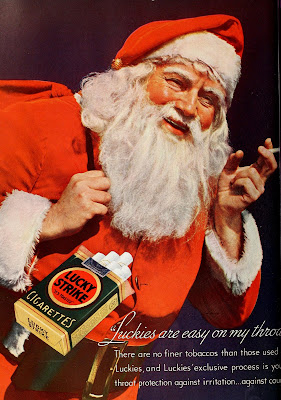 It seems rather perverse today that Santa is seen here smoking, doesn't it! 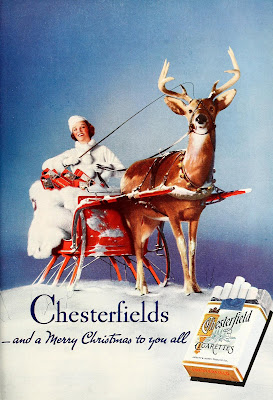 Now I hate smoking, never done it, never even had a puff. I think that's because both my parents smoked heavily and I thought it was pretty disgusting from an early age - but I find ads for cigarettes interesting from a social history point of view. There would be outcry today if Santa were seen to be smoking in any kind of ad or film. Back in those days, there was no proof that smoking was linked to lung cancer and other diseases although various studies seemed to indicate it.

Surprisingly, it wasn't until the early 80s that it was proved definitively that this was the case. Shocking!

My mum started smoking in the 40s because it was glamorised by beautiful, elegant actresses in the Hollywood movies. And as the major pastimes then were dancing and cinema, many teenagers were influenced in this way. 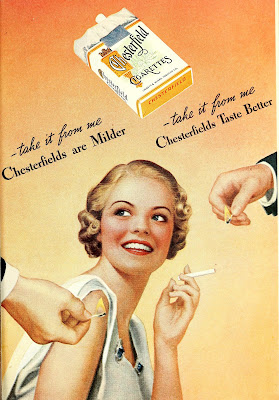 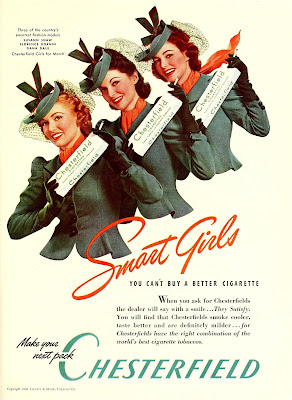 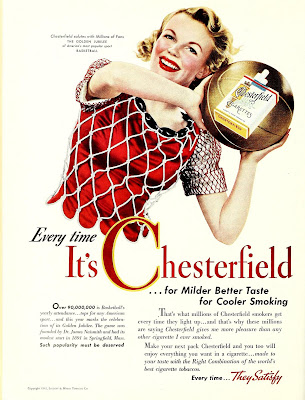 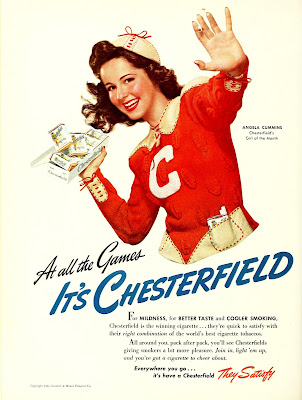 It's perhaps not surprising that so many teenagers took up smoking back then.

Thankfully now we know the truth about the stinky weed and advertising has now been banned, but I do wonder what we advertise today that the people of the future will find politically incorrect!