Mucha and a myth about public domain....

on October 08, 2014
I've just started reading a book about marketing and although I've only read a chapter or two, I can see that the author uses emails and comments from his clients to illustrate points back to his market - which reminded me of something....

When I first released our Art Nouveau public domain image DVD, a customer emailed me asking if I was sure the work of Alphons Mucha was in the public domain.  Reason? Because a friend of hers, she said, was buying Mucha images from some site-or-other therefore how could they be in the public domain when she still had to pay for them?

I'll just show one here so we know what we're talking about.... 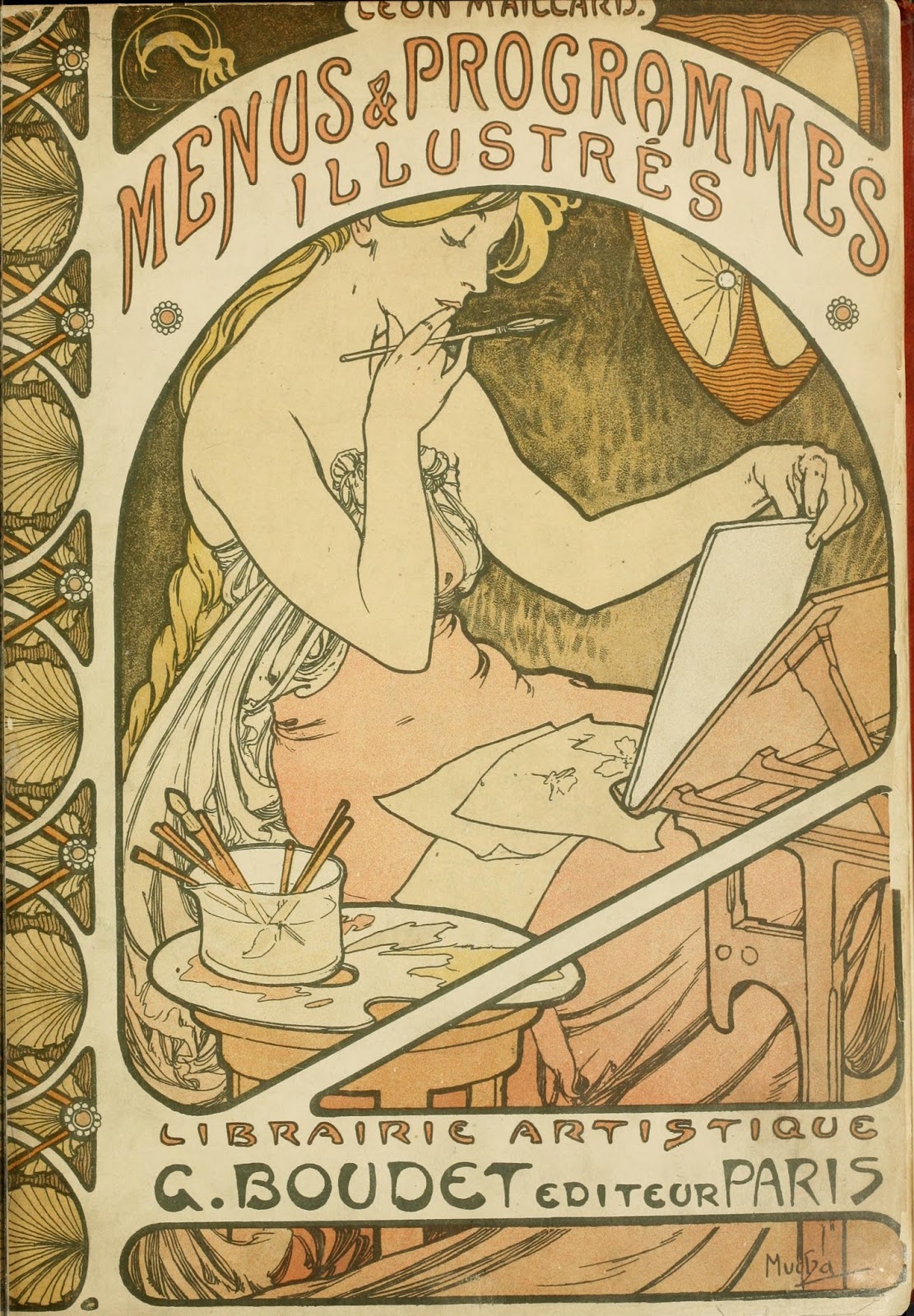 This one, probably not the best example, is a menu cover.  Mucha (pronounced Mooka) produced some wonderful work which is the epitome of French Art Nouveau and is most people's idea of what Art Nouveau looks like (although it's in many other forms, but I digress!).

Mucha, who was Czech-born in 1860 and worked in France, died in 1939 which is conveniently, in the matter of public domain works, more than 70 years ago.

Now there are lots of in and outs of copyright law, many of which throw works unexpectedly into the public domain when you wouldn't think it would be the case - but in the main copyright lasts for 70 years after the death of the author/artist.  For some countries it's less but you're safest if you apply 70 years to it.

So what was our customer talking about then?  Quite simply, just because a work is in the public domain, it doesn't mean that you have access to it does it?

If you don't have a picture of it, then there's nothing you can do about it.  Might as well be in a vault.  And the subject of having a picture of it is another one entirely ..... a photograph of something creates a new copyright which belongs to the photographer rather than the producer of the artwork.  If you read the case of Bridgeman v. Corel Corporation you may not think this is the case but bear in mind this is US law, not UK - and the outcome in one state only, yet to be challenged elsewhere.

That's off the point slightly but it should be borne in mind nonetheless...

Back to the proper point.  There are many image libraries out there that sell images - they are in the business of making money from images whether or not they are out of copyright or not.  If the pictures are still in copyright, they are no doubt paying a share to the copyright owner.  If not, they are keeping the proceeds for themselves.  Nothing wrong with that - they have it, you want it, you pay money to get it.... even if it's out of copyright.

You can take time and effort to track down a suitable-quality image for yourself, or just pay the money to the nice image-library man and get it now.  It's as simple as that.

So the question as to whether I'm sure Mucha images are out of copyright or not is yes of course I'm sure - the images on our DVD are taken from old books and publications that I KNOW are in the public domain and can therefore be used quite legitimately.

Organisations like Dover Publications that sell you images like this manage to get round it by selling to you under license - meaning that they can put restrictions on the use that you put them to simply because they say so, even if the images themselves are in the public domain.

I could go on and on but I won't - much of it is included in the information that's on every one of our public domain discs.